You are at:Home»Letters»Compositional keys
By sara genn January 21, 2020 Letters

Composition is the relative positioning of shapes and forms within a picture plane. “The composition,” said pioneer abstractionist Wassily Kandinsky, “is the organized sum of the interior functions of every part of the work.” 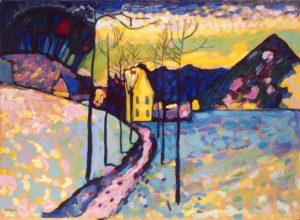 As a frequent juror, I notice the tendency of my fellow jurors to reject work thought to be poorly composed. Many artists, often photo bound to start with, fail to redesign their reference and take control of compositions. Consequently, in my occasional sorties into workshopping, I sometimes hand out a list of compositional keys. They are not rules — even if they were, they would have to be regularly broken. They are meant to be guidelines. Coincidentally, there are eleven keys on any ordinary keyboard that are useful in understanding them: they are S, O, (), !, L, ?, ^, M, P, H and X. 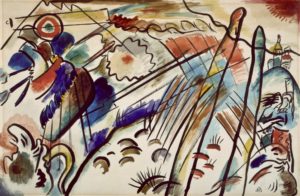 S is the famous old eye-control lead-in where the river meanders, the path winds, the road disappears.

O is the circular imperative that keeps the viewer’s eyes moving around within the work.

() is the inclusion of eye-returning verticals that parenthesize on the left and right.

! is the long and the short of linear design. Exclamation brings excitement, finality and visual interest.

L is the rectilinear lineup that gives compositional solidity. Objects sit on a secure ground.

^ is for softening near the edges. Equal focus bores the eye. Humans don’t like to be bored.

M is for mystery, paucity and lack of disclosure. A good composition doesn’t need to tell the whole story.

P is for patches. Patches trump lines. Better compositions are often an assembly of patches.

H is for homeostasis. Overly regular, evenly spaced, mechanical interstices need to be scouted out and fixed.

X is fraught with danger. While it’s great to have a central confluence of interest — X marks the spot — it’s also important to watch where any of those four legs might point or turn up. Watch the corners of your picture. Shooting the eye out of one of them can be bad news for you and good news for the painting next door. 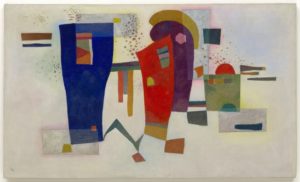 PS: “A well-composed painting is half done.” (Pierre Bonnard) “Even in front of nature one must compose.” (Edgar Degas)

Esoterica: The main test of composition is engagement. How does it grab and hold you? The answer gives a key as to how it might grab and hold others. “Get the art of controlling the observer — that is composition,” said the American teacher Robert Henri. Hint: Pay early attention to what happens in the lower third of your painting. Often called “the foreground,” this is generally where the viewer’s eye first enters the picture. This is the place on the picture where composition begins. 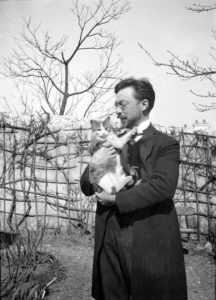 This letter was originally published as “Compositional keys” on January 23, 2009.

“Of all the arts, abstract painting is the most difficult. It demands that you know how to draw well, that you have a heightened sensitivity for composition and for color, and that you be a true poet. This last is essential.” (Wassily Kandinsky) 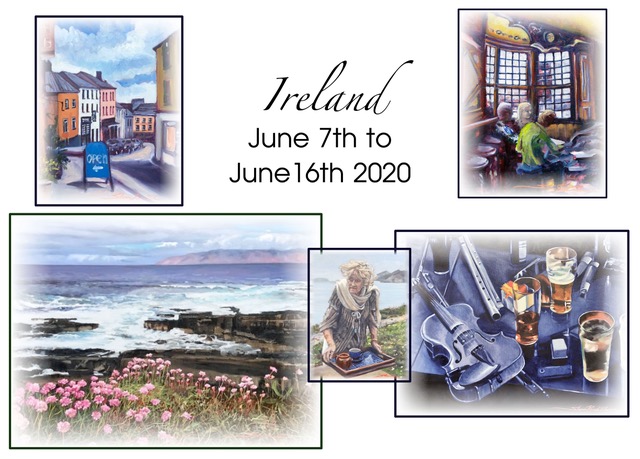