You are at:Home»Letters»Confessions of a puny little guy
By sara genn November 19, 2019 Letters

Yesterday, Ann Price of Little Rock, Arkansas wrote, “You’ve written a lot about doing versus talking, and how speech inhibits creativity. I’ve been a talker since infancy. My parents swore I spoke sentences by six months. These days I’m repeatedly blocked creatively by my own verbal overload. Have you ever met someone who successfully made the switch from talker to doer?” 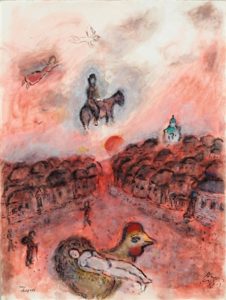 Thanks, Ann. Yes, I have, and I can tell by looking at your work that verbalization is something you’re fighting.

I’ve had to make the change myself. When I was a kid I learned that I could get out of scrapes by talking rather than fighting. I had to — I was a puny little guy. Later, after a few semesters at art school, the registrar called me in and told me, “You talk a good job and do a poor one.” This was when I realized I had to figure out how to be more quiet.

Short of stuffing a sock in the mouth, artists with this problem can beat it. They need to start with a courageous assessment of their own work. Look for literary and theoretical concepts that may be dominating creative elan and gestural confidence. Look for places in your art where you weren’t really looking. A good place to start is eyes. Eyes drawn or painted by a talker tend to have clear lids, white sclera and over-linear design. In other words they tend not to be three-dimensional sockets of light and shadow. The overly-talkative artist tends not to be looking at an eye, but rather drawing out the verbal elements that might describe an eye.

The overly-verbal artist is led by his understanding of things — rather than by direct observation of things as they are. 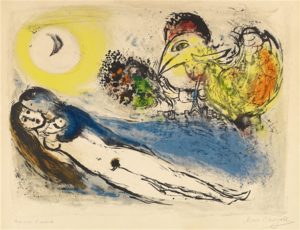 Something else worth watching for is overindulgence in symmetry. For some reason visual equality appeals to talkers — perhaps because of some atavistic need for balance. There’s nothing wrong with symmetry, but the valuable three-quarters views and unequal positioning of elements is more often the creative way. Not only that, it’s the more challenging way. Drawing and painting what you know can be fairly limiting. The idea is to become a visual blotter, soaking up with discriminating gusto what is truly seen. And if you feel the need to say something, with permission, kiss someone. Just puckering up can do the trick.

PS: “A kiss is a lovely trick designed by nature to stop speech when words are superfluous.” (Ingrid Bergman) 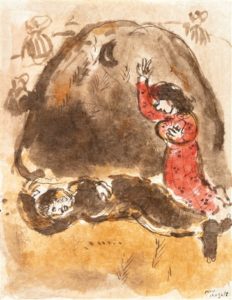 Esoterica: Whether we’re talkers or not, most of us have to unlearn habits and reboot our abilities. I’ve met many artists who improved their work by sheer willpower. And, as I’ve said somewhere before, the job requires character. Fact is, most people can draw and paint ideated images based on what they know, but it often takes a dedicated eye and an inactive tongue to overcome some pervasive shortcomings.

This letter was originally published as “Confessions of a puny little guy” on November 30, 2012.

If I create from the heart, nearly everything works; if from the head, almost nothing. (Marc Chagall)