You are at:Home»Letters»Focusing like a Buffett
By ShawnA July 7, 2017 Letters

About halfway through the HBO documentary, “Becoming Warren Buffett,” a scene shows Warren Buffett and Bill Gates sitting at a table, each painting a picture — apparently a first for both. “He doesn’t know much about art,” says Bill in a voiceover. “I can’t tell you the colour of the walls in my bedroom or my living room,” says Warren. “I don’t have a mind that relates to the physical universe well.” For a moment, I thought I detected the slack-jawed bewilderment of a guy on the precipice of failure.

“The Embassy of Chromatic Delegates” 2016
20th Biennale of Sydney, Australia
installation by Sheila Hicks (b.1934)

While our interests may diverge, I nevertheless can’t help adopting a few of Warren’s Buffettisms. Shortly after meeting and becoming friends, Bill and Warren were asked by Bill’s dad to write down on a piece of paper one word that best described what had helped them the most. Without collaborating, they each wrote the word, “focus.” Warren calls it his “circle of competence.” “I don’t worry about things that are outside that circle,” he says. “Defining what your game is — where you’re going to have an edge — is enormously important.”

As part of living out a mandate of consistency and focus, Warren spends five or six hours daily reading up on his favourite subject, investments. “I like to sit and think,” he says. “In the world of business, the people who are most successful are those who are doing what they love.”

“May I Have This Dance?” 2002-03
Mint Museum of Craft and Design, Charlotte, NC
by Sheila Hicks

PS: “Intensity is the price of excellence.” (Warren Buffett)

Esoterica: Warren Buffett was born in Omaha, Nebraska in 1930. By the time he was eleven, he was selling chewing gum, Coca-Cola and newspapers door to door and buying his first stock market shares, including shares for his sister. Obsessed with numbers, he fell in love with the magic of compound interest accumulation and discovered that, through research he enjoyed, he could make educated decisions about which companies to buy or short. With a current net worth hovering around $77 billion, Warren has become the most successful investor in history. He also continues to build upon the largest philanthropic gift in history, pledging 83% of his wealth to the Bill and Melinda Gates Foundation. At 86, he still lives in the Omaha house he bought for $31,500 with his ex-wife, Susie in 1957. “Life is like a snowball. The important thing is finding wet snow and a really long hill.” (Warren Buffett)

“It’s exactly the life I like. And it’s not work, it’s just a form of play, basically.” (Warren Buffett) 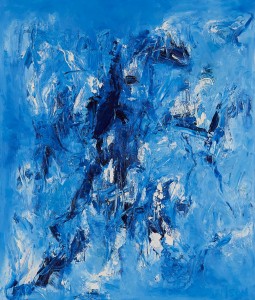