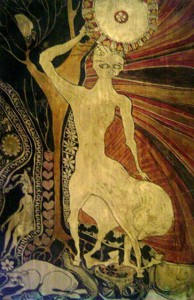 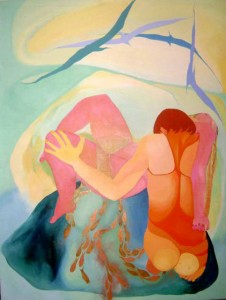 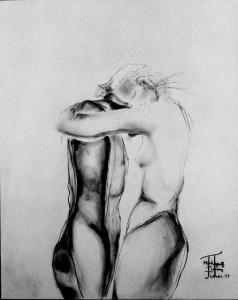 Monique, like many artists, had ‘periods’ throughout her work. In the sixties, she accepted that her painting be called ‘psychedelic’. She meant to convey that it was all a matter of imagination and inner research and that drugs had no connection with the ability to create. In the late sixties, she was elaborating the concept of ‘soul expression’. Then in the seventies (1973 to 1976-77), she formulated ‘Psychoanalysis through pictures or conceptual painting.’ Since 1987, she revisited her work, redefined it in terms of religious Sacred Art, and started to establish the principles of secular Sacred Art. The core of her approach to art has not really changed since its inception in her early years. The search for the Greater Being, communication, a language to express oneself, evolve, get in touch with oneself and others.Finally, Monique would be better defined as a mixed media artist. 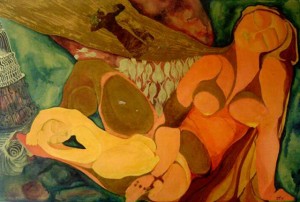 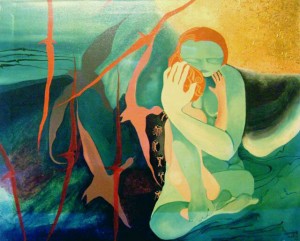 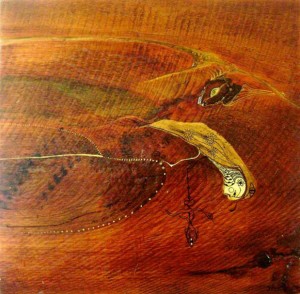 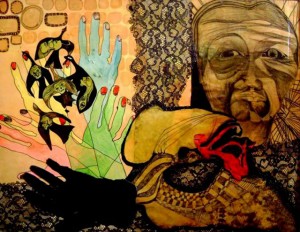