You are at:Home»Letters»Smelling the roses
By sara genn November 27, 2020 Letters

A subscriber wrote, “I found at the beginning of the pandemic that I had the most productive period I have had in years. Now, nothing. I am not sure what is going on. I am eating more and moving less. I am thinking that it may be that I have not had enough to fill my well, being so isolated. Do you have any suggestions for doing that? I have watched everything possible and read books and attended online exhibitions. Even my journal writing has dried up as I have nothing to say. I am feeling isolated and empty and I would love to hear what you might suggest to get me moving again and back to the studio.” 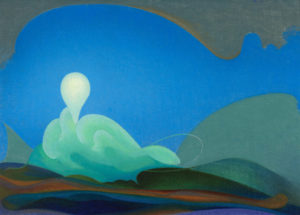 Like many artists, your personal creative cycle at first benefitted from the jolt of a sudden change of scene. In the beginning, this disruption brought with it a blank slate of time and social silence and with it, an uptick of new ideas and productivity. Like the urge to travel or a self-imposed sequestering, artists have forever developed systems for breaking routines in search of filling their cup with new ways of looking and communicating. While not purposely designed for artists, quarantine has been a terrific opportunity for us to go to our rooms.

Now, your new routine has become routine. The first thing to keep in mind is that like during all other times, you’re in the midst of a cycle. Think of yours as a metabolism — one with stages you can harness and maximize for creative benefit. When the production tide is ebbing, take time to connect and show you care, including for yourself. “Rest and digest” is the layperson’s term for our parasympathetic nervous system — the one that conserves energy without us having to think about it — when our bodies are given the chance to recuperate and replenish from stress and survival. This “rest” includes looking around and smelling the roses, and by being active, you can also bump up those feel-good brain chemicals that spur the optimism required to squeeze paint. Because online viewing rooms, while a handy cultural pivot, may not do the job of a solo afternoon cruising the galleries, you’re going to have to get this stuff somewhere new. Where is that? 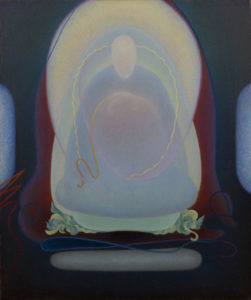 PS: “Being creative is an everyday thing, a job with its own routines.” (Twyla Tharp)

Esoterica: Part of what you’re currently in search of is your misplaced sense of wonder — it’s the gateway to creativity. Recent reports show that animal shelters are clearing out as social distancing has isolated us from one another. While a tail-wagging studio mate may be the greatest gift you can give your legs, getting moving doesn’t actually require one. Like every other creative habit, moving your body involves making the decision to do so and then, like American dancer and choreographer Twyla Tharp describes in her book, The Creative Habit, removing the decision of whether or not to do so. Instead, you just do it — as a religious component of your creative routine. “The routine is as much a part of the creative process as the lightning bolt of inspiration (perhaps more). And it is available to everyone. If creativity is a habit, then the best creativity is the result of good work habits. They are the nuts and bolts of dreaming,” says Twyla. Around here, lockdown has deepened our appreciation for the embarrassment of riches of hiking trails, purple skies and curious wildlife that wait for our participation beyond the front door. I’ve surrendered to a circadian rhythm of early bedtimes and sunrise bighorn sheep, and allowed painting to flow casually, steadily and joyfully between looking, walking and keeping in touch. There’s even the time I didn’t used to believe I had, to make granola. “Life is about moving, it’s about change,” says Twyla. “And when things stop doing that, they’re dead.” 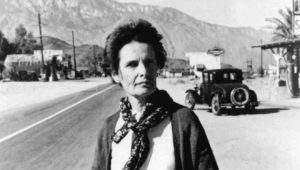 “When you’re in a rut, you have to question everything except your ability to get out of it.” (Twyla Tharp)