As if we didn’t already know this, the New York Times yesterday announced that going for a walk is good for the imagination. A recent study by scholars at the University of Graz in Austria and published in Scientific Reports has found that active people get better ideas. In other words and in case you needed reminding, moving your body is part of your art practice. 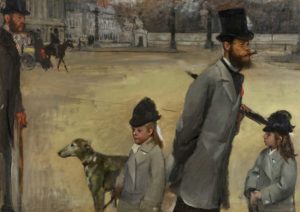 By circulating oxygen, blood and nutrients, it’s been determined that fit rodents make more brain cells. Even the elderly ones, if sporty, perform better on problem-solving tests. Reasoning, remembering and mood are also through the roof. Up until now, scientists, while knowing about these benefits, struggled to measure and understand just how and why it was happening. Creativity is mysterious; it’s a skill that’s difficult to quantify and abstract enough to stump the data collectors. In a break from the usual studies that measured the short-term effects of formalized movements in controlled environments that ask participants to come up with ideas on the spot, this new research has instead tracked the lifestyles of reasonably active people to see if there’s an overarching trend towards innovation. 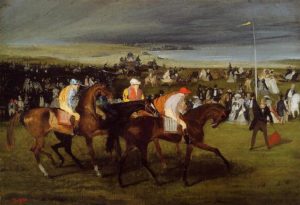 Even more intriguing than elderly rodents is that this research has sparked a question about the other great human mystery: happiness. Artists are traditionally in two camps about this: Do we need to be happy to make art? Or does misery serve as a better muse? (I know which one is more sustainable.) Scholars are now wondering if perhaps happiness is not, as previously thought, a conduit between moving and creativity — thus making it the actual cause of good ideas — that it’s happiness and not movement that makes us better artists. Instead, they gathered a group of participants and tracked their moods, activity level and ability to come up with ideas over time. They found that daily, moderate walkers were generally pretty happy, and sportier types were happiest after rigorous exercise. They concluded that the walkers were the most creative, but not necessarily the most happy — suggesting it really is the movement that jumpstarts the imagination, regardless of mood. Consider then, that you don’t have to be the happiest or the most active to be great — you need only to practice a ritual of movement to both improve your mood and ideas. “Dance first. Think later,” wrote Samuel Beckett. “It’s the natural order.” 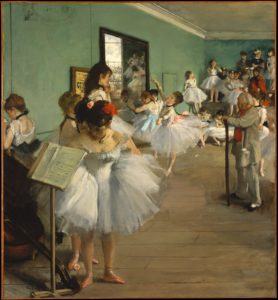 PS: “The happiness of your life depends upon the quality of your thoughts.” (Marcus Aurelius)

Esoterica: The exciting thing about painting, among so many other creative activities, is that it requires movement. We needn’t think too hard about it. My Dad used to call a walk his “daily ablution,” with Dorothy the Airedale his willing conspirator. Whereas I’m guaranteed that walking will trigger a tumble of questions and possible solutions, oxygenate the brain and offer a temporary high, painting is the roller coaster, moving meditation that brings with it inevitable and relentless stumbling blocks and intermittent, hard-won triumphs. I looked up “painting” under the list of activities in the health app on my phone. The closest thing I could find, after tallying up canvas stretching, stapling and unstapling, mixing, moving, painting, varnishing and framing was “light carpentry.” I selected it and estimated “10 hours.” While the app was able to report that I’d burned 10,000 calories, it didn’t have much to say about the quality of my ideas. I referred back to my built-in hard drive — the one in my head and gut — but it’s still calculating, striving to quantify the mystery of what pours out of it, in paint.

“You guard against decay, in general, and stagnation, by moving, by continuing to move.” (Mary Daly)