You are at:Home»Letters»Spots of time
By clearmarble July 8, 2014 Letters
Dear Artist, The English poet William Wordsworth had a concept that he called “Spots of Time.” These are small, memorable events that occur mainly outdoors and in touch with nature. According to Wordsworth, these spots have lasting quality and are capable of “lifting us up when we are fallen.” 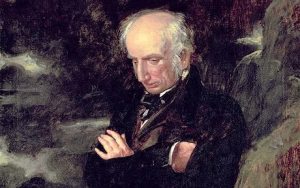 One way that Wordsworth marked this occurrence was in the titling of his work. Tintern Abbey for example, is subtitled, “On revisiting the Banks of the Wye during a tour, July 13, 1798.” This specificity nails down the time and place of the event as something memorable and worthy. All works of art can follow this form. Recording a personal connection or inspirational detail gives added value to both an observation and a creative act. Recent mountain rambling and long walks have reinforced my ideas about spots of time. Returning to the studio, I found an avalanche of email on the pros and cons of the digital camera. We visual artists are in the grab and save business, just as Wordsworth was in the poetry business. But we are in a position to hone and augment our powers with technology that the poet could not have dreamed of. Daffodils, butterflies, cuckoos, mountain sheep or mountaintops — our need is to monumentalize. By making a physical entity — a painting, a poem or a tapestry — we freeze a spot and our feelings about it for eternity. The object we create becomes its own spot. When we take our leave, this spot remains behind to say that we were there, we saw, and we passed it on. Thus is a creator measured. Wordsworth was estimated to have walked 175 thousand miles in his lifetime — much of it alone. An awkward man, he rather crabbed across the landscape. He was essentially a collector, a hunter-gatherer. In his relentless fieldwork, he became professional at translating fleeting observations into art. In doing this he laid claim to our requirements for happiness and hinted at the origins of unhappiness. Upon his death in 1850, citizens of his beloved Lake District considered changing the name to Wordsworthshire. We can ask no greater joy than to pass gently through this place that has been given to us, and make something out of it. Not necessarily to fully understand it, for that might be an impossible task, but to honour it in our own way. 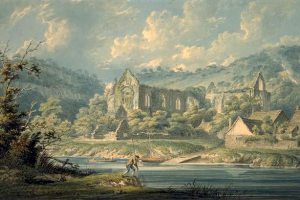 Best regards, Robert PS: “…nothing can bring back the hour Of splendour in the grass, of glory in the flower; We will grieve not, rather find Strength in what remains behind.” (William Wordsworth, Ode, Intimations of Immortality) 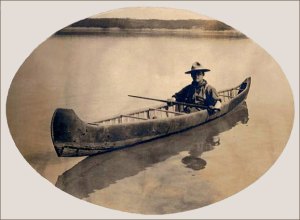 Esoterica: A book that examines spots-of-time phenomena with clarity and brilliance is The Art of Travel by Alain de Botton. Using Wordsworth, Van Gogh, Alexander Humboldt, Gustave Flaubert, Edward Hopper and others as travelling guides, he opens our eyes to the value of the easily overlooked and the seemingly insignificant. The book brought to mind my own spots. Once, after a particularly tough climb in the Chilcoot Pass, my buddy Robin Bridgman suggested we pause while he read to us Robert Service‘s The Spell of the Yukon. On that commanding mountaintop, where you can see forever, a new meaning emerged. The feeling and the place became imprinted in finer grain than any photo — an emotional spin that might last into another millennium. This letter was originally published as “Spots of time” on August 2, 2005.   [fbcomments url=”http://clicks.robertgenn.com/spots-of-time.php”]   Featured Workshop: Michael Chesley Johnson