You are at:Home»Letters»Leitmotif
By ShawnA December 23, 2016 Letters

On a recent balmy evening in Melbourne, the St. Petersburg Ballet performed in a sprawling theatre affectionately known to locals as “The Shed.” We settled in for the journey to a far-off, midnight, moon-kissed lake and soon surrendered to twenty-three floating, glowing tutus in cool, white tulle. The painted set poured moonlight so convincingly — the stage shining as black as an icy pond — I could almost taste the snowflakes on my tongue. It was a winter dream. 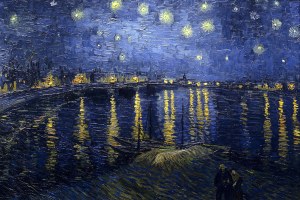 Commissioned in the spring of 1875, Tchaikovsky had been keen to try his hand at “leitmotif” — the technique of giving certain musical themes to specific characters and moods, unfurling a story arc through increasingly recognizable, heart-tugging motifs. He’d admired operatic and ballet specialist composer Adolphe Adam’s Giselle and its seemingly limitless variety of beguiling melodies. Simultaneously, in the painting world, Vincent van Gogh was assigning emotional states to his colour palette. Repeating recognizable musical themes to move a story along and build intensity of feeling was also a precursor to the idea in contemporary pop music of the “hook.” 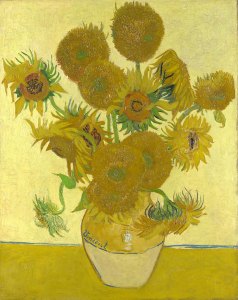 Tchaikovsky wrapped up the composition for his new ballet, Swan Lake, in about a year and began rehearsals in the spring of 1876. The ballet’s choreographer, Václav Reisinger, immediately started setting aside pieces in the score he felt were undanceable, choosing to temp in other composers’ music while he choreographed. Tchaikovsky protested and had the pieces reinstated, but by then the production had become a rabble of confusion and disagreement. After opening night, reviews of the music included, “too noisy, too ‘Wagnerian’ and too symphonic.” For Reisinger’s part, his choreography was described as, “unimaginative and altogether unmemorable.” 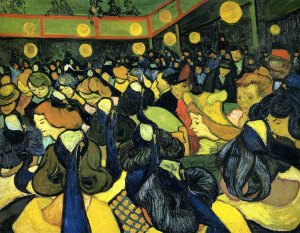 “The Ballroom at Arles”
by Vincent van Gogh

PS: “One must be a god to be able to tell successes from failures without making a mistake.” (Anton Chekhov)

“You can’t be at the Pole and at the Equator at the same time. You must choose your own line, as I hope to do, and it will probably be colour.” (Vincent van Gogh)

Esoterica: Despite its initial failure, Swan Lake, about a princess forced by an evil sorcerer’s curse to live as a swan, emerged as one of the most beloved of all the ballets. At the end of the original Act 4, the broken-hearted swan, Odette, hurls herself into the lake, followed by her prince who cannot live without her. Little did they know that just around the corner was an alternate ending. These days, the prince often tears the wing off the sorcerer in a lakeside scuffle, breaking the curse and freeing Odette and all of her swan-maidens. 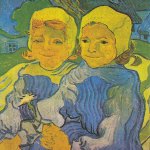 “How lovely yellow is! It stands for the sun.” (Vincent van Gogh)