You are at:Home»Letters»Levels of complexity
By ShawnA May 31, 2016 Letters

During the last week I’ve been back in the studio preparing for a solo show. I’m in here at about 6 in the morning and generally stick-handle through to about 10 in the evening. Sometimes there’s a short mid-afternoon snooze — almost always there’s a ramble with my dog. 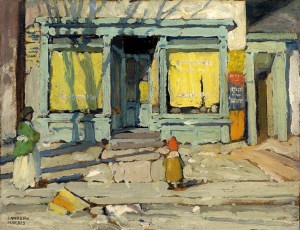 But mostly it’s just easeling along, sorting out problems, taking half-finished works in and out of frames, painting steadily with a fair degree of simultaneity, trying to decide what to do next. As they say, “It’s a wonderful life.” I’m sure the “high” is similar to dope. I can convince myself that this is the most evolved way of being. Studio happiness seems to have something to do with the levels of complexity that engage and challenge. This complexity in turn leads to a type of concentration that keeps you on form, inside your processes and on the cusp of “the joy mode.” Also, small, self-imposed, mini-deadlines help to keep the power up. The revved machine can accomplish quite a bit. 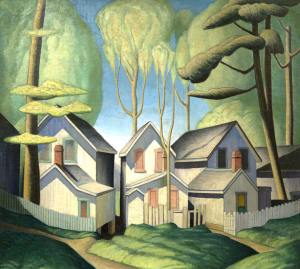 The revved machine also enhances multitasking. As in time-and-motion efficiency, reference materials come more readily to hand and creative expediencies materialize out of the studio clutter. A kind of “grab and do” excitement prevails as one painting leads to another. Concert pitch makes for a sweet kind of sweat. At the same time, each painting has to be thought out on its own. There’s a worn path between the working stool and the contemplation chair. It’s fun to feel this yin and yang. Phone calls are taken in the contemplation chair. Some of the better decisions are made by another part of the brain while talking on the phone.

Yesterday, a young friend brought in a bag of California raisins. “For energy,” he said. He was a bit depressed and wondering if he was an artist or not. His work is understated and what I like to call “pure.” I suggested that he try to notch up his complexity. I told him that it’s the complexity that keeps an artist interested and involved. Complexity wards off the blahs. Complexity leads you to find your style and voice. Complexity, when mastered, makes you feel good about yourself. Complexity in the studio keeps you off the streets. I also suggested that he might try to keep it simple. We forgot about the raisins. 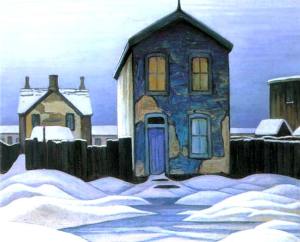 Esoterica: One of the joys of show preparation is the revisiting of the better experiences from over the past year or so. I generally call my shows “Recent Work” because I never know, in the fury of the last minute, where the work may lead. The potential of the end game should not be underestimated. I’ve also noticed that second generation motifs can be the richest. It’s no wonder that for many of us, “best in show” often goes up wet. “If it wasn’t for the last minute, a lot of things wouldn’t get done.” (Michael S. Taylor)

This letter was originally published as “Levels of complexity” on October 26, 2004. 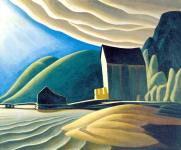 “I need to get to work and disregard all the silly vagaries of personal feelings. Always, somehow, if one keeps working, something comes through.” (Lawren Harris)