You are at:Home»Letters»Made to last
By clearmarble April 29, 2014 Letters
Dear Artist, I couldn’t help but notice little traps placed inconspicuously at the bases of some of the totem poles in the Great Hall of the Museum of Anthropology at the University of British Columbia. The poles, some dating from 1880 and relocated from their original villages along British Columbia’s coast, are weathered to a silver-grey. Sea lions, wolves, eagles and grizzlies eyeball, bare teeth and coddle frogs, describing shamanistic powers and clan lineage while the termites excavate to reveal tiny mounds of sawdust at their feet. 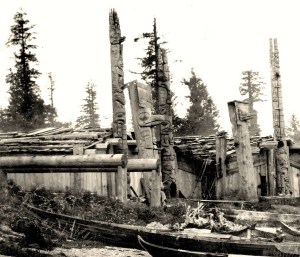 Out in the elements, these old growth cedar poles with diameters of 4 and 5 feet endure the rain, wind and sunlight wearing at their soft earlywood. Environmental gusts of sand and particles can erode up to one-quarter of an inch every one hundred years, but the exposed millimetres-thin latewood is hardy and resistant to further damage. You could say that in this new maturity–in this new form–the Western Red Cedar steadies, endures, and relays our history amidst her own denouement. At New York’s Museum of Modern Art, conservators are in a chronic befuddlement due to the degradation process of Jackson Pollock’s work. His 1951 painting Echo was once referred to as part of his “black and white series.” These days, the raw canvas with black gestures is more of a light ochre, and this mark of age is both of value and a conundrum for the archivists. Apparently, they’re unsatisfied with the unevenness of Echo‘s vintage yellowing, feeling that it might be drawing undesirable attention. Right now, a team of blotters is applying small amounts of liquid to the top of Pollock’s canvas, then soaking that liquid up with a minuscule sponge. 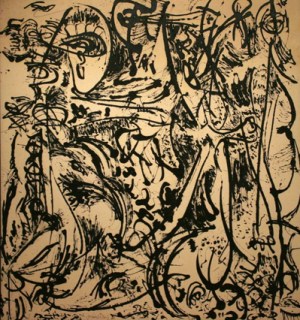 It would appear that artists, with all their new and ancient technology for building things to last, still find it hard to resist making a fugitive mark. It’s a victory for the organic. While being mindful of our long-reaching designs on immortality, we stay playful in our speculation of the ever-decaying transience of our allotted time. Future conservators (and termites) will always have something to do. Sincerely, Sara 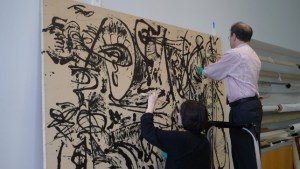 “Get rid of that distracting blend!” Sponging at the MoMA

PS: “Everything we see falls apart, vanishes. Nature is always the same, but nothing in her that appears to us, lasts. Our art must render the thrill of her permanence along with her elements, the appearance of all her changes. It must give us the taste of her eternity.” (Paul Cezanne) “Everything passes, everything perishes, everything palls.” (French Proverb) Esoterica: Few examples of totem poles carved before 1900 exist, and the few that do are now housed in protective environments like the Museum of Anthropology. A mighty pole rarely lasts for over 100 years. Conservators have developed techniques to try to preserve the poles for longer than their natural lifespan by capping the upper portions–where the end-grain is exposed to moisture and elements–with copper or aluminum sheeting. After all, they are our treasures. “What I have done cannot be taken from me.” (Eugene Delacroix)   [fbcomments url=”http://clicks.robertgenn.com/made-to-last.php”]  Featured Workshop: Michael Chesley Johnson 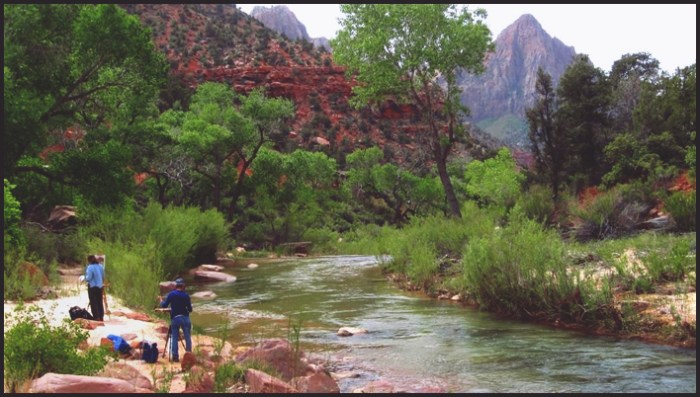