You are at:Home»Letters»Special Places
By ShawnA December 8, 2015 Letters

Several times I’ve been back to a place in southern France — an old farm-home converted into self-contained suites. Mas Peychonnier, with a commanding view and under the eye of a mysterious Cathar castle, presides over its grapefields. 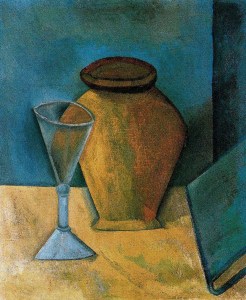 At first I didn’t find much of interest. I rambled the area on foot, drove my Alfa here and there on the tiny, wandering roads. The highlands around are barren, windswept. Villages of stone and masonry as well as severe, compact farms are scattered in the valley grapelands. The wine industry in France works on the system of appellation — grapes from each vineyard go to the same bottle, same name. Neighbors here produce unique marques, using guarded family secrets and ancient privilege. Even the grape-carts must not be moved from one farm to another for fear of contamination. Here, ancient, broken-wheeled grape-carts were dumped and deserted in hedges and farmyards in the same way that North Americans abandon their cars. These horse-drawn carts, while of a style, are all a bit different. One by one I paint them where they sit.

A new environment is a tonic for the eyes. We bring to it less than the regular baggage. This area is a triumph of ochre and umber. Even the villages have little color. But the carts are bright — professionally painted, striped and limned, their bodies often a remarkable light blue. These farmers are surprised that I find such a thing worthy of paint. I have come to realize that the locals are hardly aware of the carts — their familiarity and commonality has erased them from generations of sight. 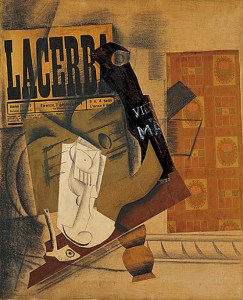 PS: “One must learn to be grateful for one’s own findings.” (Eugene Delacroix)

Esoterica: The principle of “Microcosm” takes vivid form in Life with Picasso, by Francoise Gilot and Carlton Lake. In this candid book we get an idea of the kind of serial obsession that drove Picasso. A firing-cap for an explosion of productivity is to grab something and explore it. 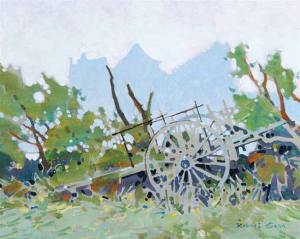 This letter was originally published as “Special Places” on December 19, 2000.