You are at:Home»Letters»On painting well
By ShawnA May 22, 2015 Letters

If a painter were to tap the principles in William Zinsser‘s book, On Writing Well, she would follow the rules of clarity, simplicity, brevity and humanity. Zinsser, a feature writer, author, blogger, editor and professor at Yale and the New School was a stickler for a clean message and for sharing himself with his audience. “Whatever I write about, I make myself available,” he wrote. “No hiding.” In painting, the rules apply: 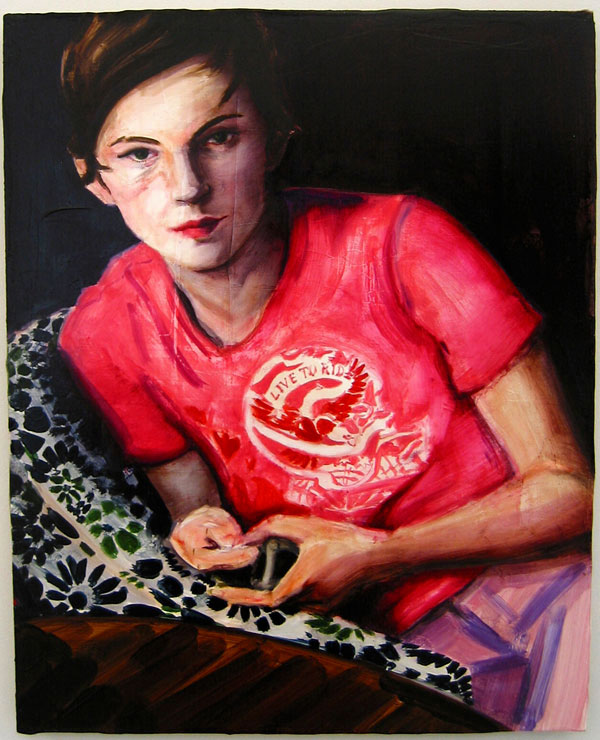 Clarity: Can you recognize yourself in your painting? “Ultimately, the product any writer has to sell is not the subject being written about, but who he or she is,” wrote Zinsser. “I often find myself reading with interest about a topic I never thought would interest me — some scientific quest, perhaps. What holds me is the enthusiasm of the writer for his field.” Film director Jill Soloway agrees. “Don’t be like anyone else. Find your voice, your script, your rhythms.” Is there a way you can be more clear?

Simplicity: Painter Elizabeth Peyton’s decades-long focus has been the small-scale portrait. She paints her friends and boyfriends, often sitting or sleeping — a cast of characters in her social and emotional life. Peyton unapologetically uses photography as reference and pays little attention to lighting. Her “thing” is recognizable in its strength and weakness, her treasure the washy, cool, drippy, remote, Polaroid-esque handling. Examine what you’re leaving out of your work and what you’re including, then exaggerate these choices.

Brevity: Richard Schmid’s complex subjects — a tangled garden posy, his wife Nancy slouched with her reading, breakfast and cats — appear from vital, declarative strokes. Without pretense or jumble, with a technician’s élan, Schmid’s love is shared in a poem of essential, descriptive brush-moments.

Humanity: Can you tap into a basic human truth in your painting? Can you share your enthusiasm for this craft, in your craft?

PS: “Guard the message with your life. Avoid jargon and big words. Use active verbs. Make the reader think you enjoyed writing the piece.” (William Zinsser)

Esoterica: William K. Zinsser was born in 1922 in New York City. After studying art history at Princeton, editing the school paper and serving in the Army in World War II, he took a job as a feature writer at the Herald Tribune. In 1970 he went to teach writing at Yale, all the while publishing books on whatever interested him: writing, politics, religion, baseball, jazz and Yellowstone National Park. Later he worked for the Book of the Month Club and taught at the New School, and wrote a blog for The American Scholar that won the National Magazine Award for digital commentary. Among his writing tips, Zinsser dove deeply into the meaning of an artist’s authorship. He said that he didn’t find his own writing voice until he was in his 50s, when he wrote On Writing Well at the urging of his wife, Caroline. First published in 1976, Zinsser’s how-to on the craft of writing went on to sell 1.5 million copies. William Zinsser died on May 12, 2015 at the age of 92.