You are at:Home»Letters»Portrait of the artist at seventy
By sara genn November 1, 2019 Letters

This past summer, a few months before his 70th birthday, Bruce Springsteen released his 19th studio album. Western Stars he said, would be a character-driven collection of songs that spoke to the themes that had always driven his work — the loneliness of the highway, the cowboy sky, isolation, family and work, and life’s small miracles that keep us going. Set in California and reminiscent of the 1960s anthems of some of his childhood musical heroes and orchestrated with sweeping, elegiac string arrangements, Springsteen’s stories are laid out as a metaphor for an artist’s quest and the quiet, inward revelations that arrive in life’s last chapters. 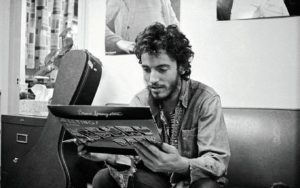 In lieu of touring his new album, Springsteen converted the loft of a horse barn on his New Jersey property and invited a handful of friends to be there when he performed the record live, in its entirety, with an orchestra. Working with his longtime collaborator — director, Thom Zimney, Bruce filmed the hyper-intimate performance and interspersed each song with a voice-overed vignette set in Joshua Tree National Park.

During the introductory vignette to his song Chasin’ Wild Horses, Springsteen describes the anger he felt as a young man. “I’ve spent thirty-five years trying to learn how to let go of the destructive parts of my character,” he explains. “I still have days when I struggle with it.” He offers that love is our only tangible evidence of a miracle, and that it’s our job to nurture it in our lives as best we can. He acknowledges life’s heartbreak, then tenders his flickering hope and gratitude to his family in the form of this wistful, sweeping, aching masterwork. I wept at the miracle of his creativity and my own devotion to making things as a tether to hope. “Life’s mysteries remain and deepen,” says Bruce, “its answers unresolved.” 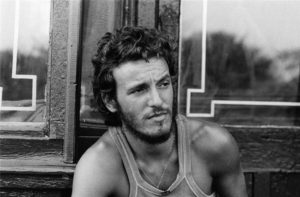 PS: “The supreme question about a work of art is, out of how deep a vision of life does it spring?” (James Joyce, Ulysses)

Esoterica: “A fingernail moon in a twilight sky
I’m ridin’ in the high grass of the switchback
I shout your name into the canyon
The echo throws it back

The winter snow whites out the plains
‘Til it can turn you blind
The only thing up here I’ve found
Tryin’ to get you off mind
It’s like chasin’ wild horses” (Bruce Springsteen, Chasin’ Wild Horses) 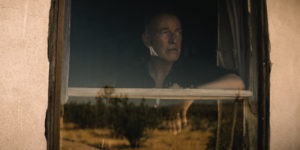 “Talk about a dream, try to make it real.” (Bruce Springsteen)