You are at:Home»Letters»Absolute beginner
By ShawnA July 17, 2015 Letters

A subscriber who wishes to remain anonymous wrote, “I can’t help wanting to begin again. It was in the beginning that I had the most fun, but now that I’m a professional with an audience and known style I’m not sure how.” 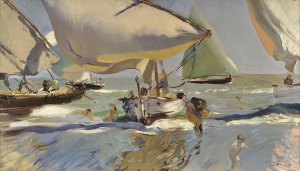 Thanks, Anonymous. Your email arrived while I was tying a bowline for an 80-year-old sailing captain. He watched from under a black wool fisherman’s cap, his eyes calm and crinkling upward. Not yet a sailor, I fed the line through and under itself, while a kind of mental untying occurred inside — a smooth pridelessness — and I surrendered to my vast unknowns.

Art is a lifer’s pursuit, and there’s something to keeping a beginner’s edge, even if you have to manufacture it from time to time. You’re an evolving, exploratory force of creativity — which means honouring a compulsion to re-start. True beginners are simply experts who know better. 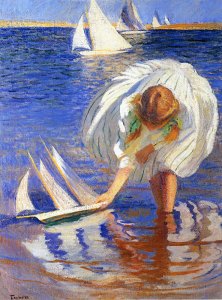 How to begin again?
Pay attention to what has always come naturally.
Remember your earliest art dreams.
Require the privacy, time and space to explore without obligation.
Imagine impossible paintings not yet painted.
Ask yourself what you want to communicate. You may find that the beginner and the expert are one and the same.

In his book Shop Class as Soulcraft, philosopher Matthew B. Crawford tells the story of his transcendence from conceptual think-tank guy to a student of engine repair. He says that engaging with the physical obstacles of being a beginner is how we’re drawn out of ourselves and toward our own greatness. It’s also, he says, how we experience the real and magnificent. Being a novice produces a sense of purpose. To Crawford, it’s the meaning of life, because the treasure is in the earning — think parenting, auto mechanics, playing an instrument, sailing. Painting then, — its difficulty and its renewable resource of infinite possibilities — is ideal. 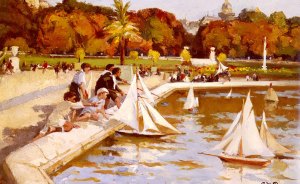 “In the beginner’s mind there are many possibilities, but in the expert’s there are few.” (Shunryu Suzuki)

Esoterica: Permission to fail is one of great pleasures of being a beginner. In greenness, humility and modest expectations we stay open to the basics, anticipating difficulty and making room for surprise. Like lovers getting familiar, soon enough we’ll be lulled into the belief that we know what we’re doing, and it’ll be time to begin again.