You are at:Home»Letters»Crit crit
By ShawnA June 17, 2016 Letters

Yesterday, a young artist messaged: “I recently received my submission review for a juried exhibition, which was terrifying and exhilarating. Until now, it’s been the general public, family and friends’ feedback that have been hardest to sift through. Would you suggest I keep entering juried shows? Or should I use the juror’s crit to make new work before submitting to more?” 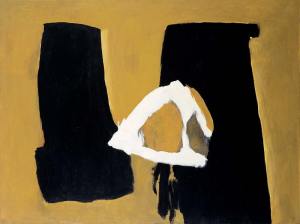 Thanks for this. Inviting an artistic “authority” to parachute into your creative world for feedback can provide a valuable jolt of information. Submitting work for crit requires the ability to balance terror with the guts to uphold your personal path. Ask yourself a few key questions before deciding what to do next: Do you agree or disagree with the feedback? Can you see the juror’s points? How does it make you feel? And can these feelings be harnessed into something positive for your work? “Criticism is easy, and art is difficult,” wrote French playwright Philippe Néricault Destouches. With this in mind, here are a few more ideas:

To counter the risk of succumbing to a life of consensus taking, always be your own worst critic. It may take a little practice, but you should grow to understand what’s strong and weak. Summon the power to reject your poorer efforts. Weaker work is a springboard for refining ideas and recognizing bad moves. Be thankful for the lesson, then toss it to clear the path for brighter possibilities. 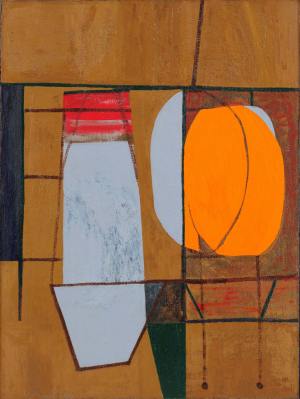 All critics, curators, jurors, dealers and the like will have leanings you can’t control. “Remember that all is opinion,” wrote Marcus Aurelius. You don’t have to scorch your own earth because of someone else’s partialities. Instead, tweak and build an arsenal of knowledge.

As long as you make things, you’ll likely attract feedback. Those who don’t make, crit. If you have the stomach to proactively invite it, you can curate your jury box and use the wisdom to get outrageously good. Listen to the workers and learners you admire.

As for more shows, the time is now. Look for what’s interesting and enter the best work you have on hand. By always working and submitting, you avoid losing your creative flow. Try not to put too much weight on any one submission — momentum is the mother of outcome. 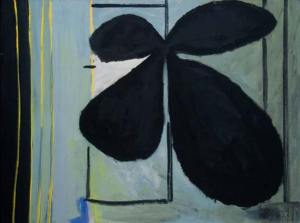 “Black Figuration on Blue”
1950 oil on Masonite by Robert Motherwell

PS: “I have spread my dreams beneath your feet. Tread softly because you tread on my dreams.” (William Butler Yeats)

Esoterica: In the classic crit protocol, a “crittee” puts forward his work for a “critter” to assess for fundamentals, virtues, aspersions and possible fixes. The “crittee” may push back or rebuild after a devastating cut-down. All participate with the goal to improve. During one of our weekly class crits in art school, after listening to arbitrary softballs tossed between one student and the next, my third year painting prof suddenly lost her cool. “This isn’t a coffee klatch,” she huffed. “No more use of the words, ‘I like.’ Say something meaningful.” I had to respect her crit. 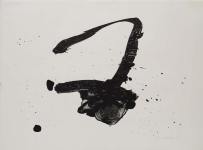 “It’s not that the creative act and the critical act are simultaneous. It’s more like you blurt something out and then analyze it.” (Robert Motherwell)

In October 2015, to coincide with his centenary, Robert Motherwell: The Making of an American Giant by Bernard Jacobson was published. Motherwell was not only a painter, but also a teacher and theorist and always the intellectual among his peers. This biography, interspersed with illustrations, is an accessible introduction to Motherwell’s legacy.