You are at:Home»Letters»Playing with light
By ShawnA December 6, 2016 Letters

While Nature Herself has the privilege of playing with light, painters must, in humility, play with pigment. The transference is tricky and many painters don’t play around enough to get the hang of it. Here again, the relationship between photography and painting is useful. 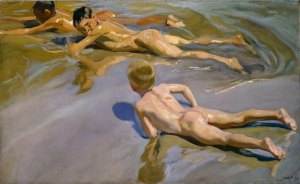 “Bokeh” is a corruption of the Japanese word Boke, which means “blur.” Backgrounds, particularly, are often rendered out of focus. You may be familiar with what are called “circles of confusion,” those round spots of light that occur in photos. Photographers spend some effort to get “good bokeh” as opposed to “bad bokeh.” Bad bokeh draws attention to itself — particularly “donut bokeh” with hollow centers that result from the use of mirror lenses. Painting Bokeh in the negative area — Swiss Cheese variety is commonplace these days — I do it myself. 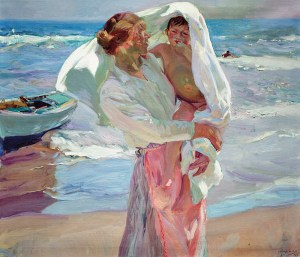 “Fringing” is the fringes of light and colour around objects. In photography it’s often due to extreme magnification and the inability of some lenses to focus all colours of light on the same spot. This colour or light intrusion, when painted, can be arbitrary but is often a complementary of a local colour. Fringing adds a welcome and mysterious interest.

“Auras” are those intensified glows that form around and within objects — particularly when seen against the light. Bright red tree branches against a sunset are an example we are all familiar with. The nice thing about auras is that they operate in predictable, somewhat scientific ways. The tree aura mentioned above, for example, generally picks up its colour by sliding down the colour wheel from the colour of the light behind it. Thus an orange sky would yield a red aura. 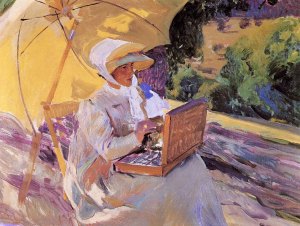 “Dazzle” is the common state where light simply etches out detail. Difficult to do in traditional film photography, digital does it better by looking around and opening up to shadow areas. Painters can always add “truth” to their work by putting details into shadow rather than the lighter spots. Combining dazzle and aura requires the softening of transition zones. Simple blending goes a long way toward the painterly illusion of light. As always it’s a case of “commit and correct.” I’ve never met a painter who got the balance perfectly in the first go. 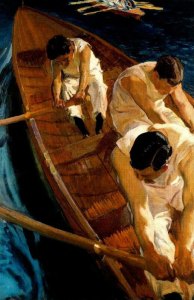 “In the Rowing Boat (Zarauz) 1910
by Joaquin Sorolla y Bastida

PS: “Ideas are to literature what light is to painting.” (Paul Bourget) “Light is a thing that cannot be reproduced, but must be represented by something else — by color.” (Paul Cezanne)

Esoterica: The last quote above is telling and valuable. Cezanne was practically never able to achieve a sense of light in his paintings. He tried, but he didn’t get it. Largely self-taught, he never heard of “Slide up the colour wheel and add white” — the key process of “coming to light.” Instead, the faceted structure of his internal colour and mini-gradations achieved an inner form that resulted in his unique style. It’s yet another example of a nagging inability turning into a personal creative vision.

This letter was originally published as “Playing with light” on October 21, 2005.

“We painters… can never reproduce sunlight as it really is… we can only approach the truth of it.” (Joaquin Sorolla)