You are at:Home»Letters»The Big Picture
By ShawnA May 4, 2015 Letters

In life, in art, a major problem is failing to see the big picture. Individual parts may be just fine but the overall doesn’t get off the ground. Together with your individual sensitivity and your own vision, what you’re looking for is strength, pattern and character. We’re talking art here: 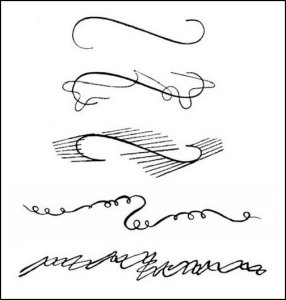 A line is a dot that went for a walk. (Paul Klee)
A drawing from Pedagogical Sketchbook
by Paul Klee 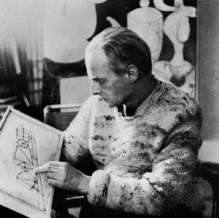 When I came to be teacher, I had to account explicitly for what I had been used to doing unconsciously. (Paul Klee) 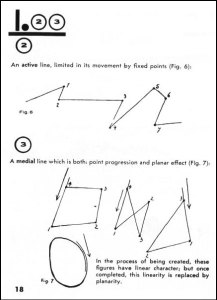 Klee’s Pedagogical Sketchbook
is based on lectures at Bauhaus Staatliche Art School where he taught 1921-1931. Originally published in 1925 for students.

PS: “The true function of art is to edit nature and so make it coherent. The artist is a sort of impassioned proofreader, blue pencilling the bad spelling of God.” (H. L. Mencken)

“The beholder’s eye, which moves like an animal grazing, follows paths prepared for it in the picture.” (Paul Klee)

Esoterica: Veteran and professional artists often report that preliminary sketching can undermine the desire to do the larger work. It’s safe to say for those who feel this, the sketch is sometimes done quite well in the head. Most artists will also admit that it was not always this way.

This letter was originally published as “The Big Picture” on May 4, 2001.