You are at:Home»Letters»The permission of Frankie Burns
By ShawnA September 16, 2016 Letters

Several years ago, my dad asked me to join him for a workshop at Hollyhock, an island retreat on the West Coast of Canada. After a crisis of confidence, I agreed and we found ourselves a few months later on the beach with a group of keen and diverse painters. We took turns with demos, talks, exercises and crits, working as a gelled but paradoxical unit. Our students seemed to enjoy the yin and yang of our strokes. 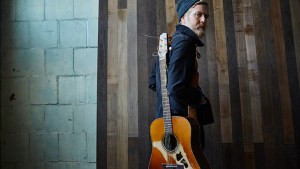 Near the end of the week, one of the quieter painters sped up to me as I walked through the woods between the garden and one of the meeting huts. “I want to give you some feedback,” she said. “In my other life, I work in psychology. Of the four main teaching styles, your Dad classifies as “authoritative” — that is, he bestows wisdom on his students and warmly makes it clear what is expected. Your style, on the other hand, is what is known as “permissive”: You do your thing, and in doing so grant permission to others to do theirs. Artists can benefit from this kind of consent — this license to investigate their most basic creative yearnings.” I thought of my own permission-givers — including her — and managed to exhale a “thank you” as we climbed the dappled pathway to our next encounter. 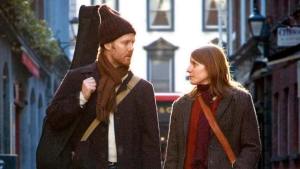 Glen Hansard and Markéta Irglová from the motion picture “Once”

Last night in New York, I stepped out for a concert after a day of quiet brushwork in my studio. I hadn’t thought of my Hollyhock teacher in some time, until the artist, midway through his set, stepped to the edge of the stage and said, “I’m playing this song with the permission of Frankie Burns.”

As a thirteen-year-old in Dublin in the early 1980s, Glen Hansard was having trouble in school. In detention, he confessed, “I just want to play music.” “I’ll tell you what,” said his principal, “if that’s really what you want to do, I’ll get you out of school.” (The minimum leaving age at the time was fifteen.) “But you have to start at the bottom. Start on the street and work your way up. Learn something. You might even make a bit of money. If, in six months you want to come back, I’ll get you in.” Glen left school and started busking on the streets of Dublin.

Last night, at Carnegie Hall, Glen shimmied between ballads and dirges, the blues and poetry, and in and out of the arrangements of his string trio and the harmonies of his pianist, double bassist and the lap steel. He called up to the rowdies in the fourth balcony, unplugged himself and luxuriated in the dynamics of the hall’s pin-drop acoustics. Glen, in rumpled jeans and whiskers, in his Irish lilt, choked an introduction to his sold-out audience:  “Frankie Burns is sitting in the third row. Without him I wouldn’t be standing here today.” 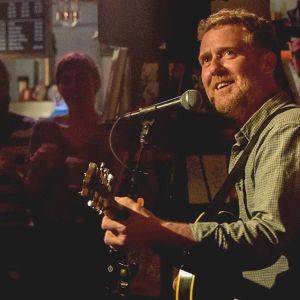 PS: “Our imagination just needs space. It’s all it needs, that moment where you just sort of stare into the distance where your brain gets to sort of somehow rise up.” (Glen Hansard)

Esoterica: When he was seventeen, after four years of busking around Dublin, Glen was signed to Island Records. Around the same time and after a stint at the New York Film Academy, he was cast to play the role of Outspan Foster in the Alan Parker film, The Commitments. Afterwards, Glen gathered together some of his fellow buskers, called them The Frames, and they recorded the first of six albums. In 2006 Glen’s friend and former band mate Jon Carney asked him to write music for a movie he was working on called Busker. Eventually re-titled Once, it told the story of a chance encounter between a street musician (played by Glen) who falls in love with a young single mother (musician Marketa Irglova) and the connection they make through songwriting. In 2008, Glen and Marketa, by then touring as their independent duo The Swell Season won the Academy Award for their song, Falling Slowly. By 2012 Glen was releasing his first solo record and Once, The Musical debuted on Broadway and won eight Tonys. Last night, on tour for his second solo release, Glen Hansard, to a standing ovation, was still an artist seizing upon his gift of permission. “Play your songs, play them well, earn your money, and don’t get in people’s way.” (Glen Hansard) 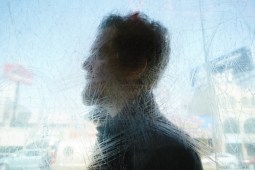 “A song is like a saddle: you ride it for a while, and if it’s the right kind of song you can sing it for the rest of your life.” (Glen Hansard)