You are at:Home»Letters»Portrait of a missing lady
By sara genn January 24, 2020 Letters

The other day, a gardener was clearing ivy from the external wall of an art museum outside Milan when he discovered a hidden metal panel. He pried it open and found a black garbage bag holding Gustav Klimt’s Portrait of a Lady. She’d gone missing from the same museum 23 years earlier. 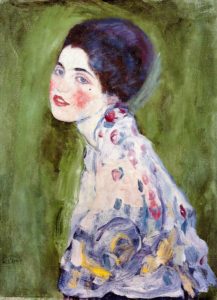 In February 1997, the Ricci Oddi Gallery in Piacenza was undergoing a renovation while also preparing an exhibition where the portrait would be the star attraction. Eighteen- year-old Claudia Maga, an art student, had recently suspected her to be an over-painting of a portrait of Klimt’s unnamed lover — the second painted over the first in grief, after the lover’s sudden death. Klimt’s Portrait of a Young Lady — a rosy-cheeked, green-eyed beauty in a wide-brimmed hat and feather scarf — disappeared in 1912. Claudia, examining both works in a book, suspected Portrait of a Lady — sometimes referred to as The Lady and painted the year before Klimt’s death in 1918 — to be an overlay of the missing 1912 portrait. If you’re still with me, after an x-ray, it was confirmed. The Lady, originally acquired by art collector Giuseppe Ricci Oddi in 1925, now possessed a sensational backstory — it’s the only double painting in Klimt’s oeuvre. 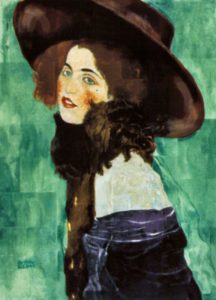 Portrait of a Young Lady (disappeared in 1912)

Assumed to have been packed up to be moved to the temporary exhibition space when she went missing, The Lady’s heavy, gilded frame was found on the roof of the museum, near a skylight too small for it to fit through. Later that Spring, a package arrived that turned out to be a fake. After the baffled public guessed at everything from an inside job to the culprits being members of a satanic cult, The Lady’s case was closed — until 2014, when an anonymous letter demanded a ransom for her. Two years later, a local thief confessed to the BBC that he was the guy. He said he’d easily swapped it for a fake with the help of a staffer and that no one had noticed. Later though, he worried that the fake would be found out — so he stole it, too and chucked the frame onto the roof to misdirect investigators. In his interview, he explained that he had sold The Lady for cash and cocaine, but then predicted she would resurface soon — just in time for the theft’s 20th anniversary, when the statute of limitations for punishment had run out on the crime. 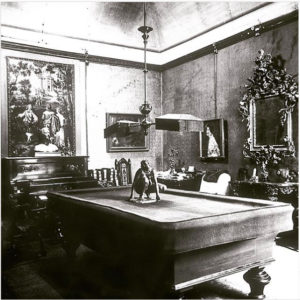 Portrait of a Lady hanging the billiard’s room of Italian art collector Giuseppe Ricci Oddi’s palazzo in Piacenza, Italy circa 1925.

PS: “Truth is like fire; to tell the truth means to glow and burn.” (Gustav Klimt)

Esoterica: When the gardener found her stashed in the wall, everyone wondered if The Lady had been there all along — that is, until this week, when a letter was posted in the local paper. “We are the authors of the theft of the Portrait of a Lady of Klimt and we made a gift to the city by returning the canvas: true or false,” it read. Written by a pair of burglars who are now in their 60s and facing jail time for some totally unrelated crimes, it seems they stashed her in the wall four years ago as a kind of bargaining chip, should they get arrested for other stuff. “I did not foresee,” they wrote, “the intervention of the gardener.” With the statute of limitations expired, there will be no punishment for the theft, and the museum is planning a special exhibition to celebrate her return. 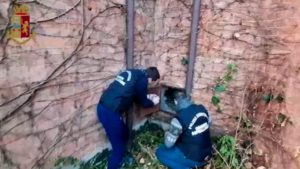 The group exhibition “The Intercepting Nature of Colour + Form” opens at Gallery Jones, 1-258 East 1st Avenue, Vancouver, BC this coming Thursday,  January 30th from 5-8pm. If you’re in the neighbourhood, I’d love to see you there.

Thank-you, all,  for your patience while we troubleshoot glitches with our host server. I apologize if you are temporarily unable to see the comments, Featured Artist or workshop listing. Your concern over access to The Letters is deeply appreciated. In friendship, Sara

“It’s with no small emotion that I can tell you the work is authentic.” (Ornella Chicca, Piacenza’s prosecutor)