You are at:Home»Letters»Theme and variations
By sara genn March 22, 2019 Letters

Around 1723, Johann Sebastian Bach composed his Two-and-Three-Part Inventions, the keyboard exercises he wrote for his students and his growing brood of kids. Bach described these call-and-answer, contrapuntal inventions as a means of obtaining and carrying out good ideas by learning to play clearly separate voices. Wanting to give his students a taste of how to build compositions, Bach arranged the Inventions in progression, ascending in major and minor keys. The result is a structure that serves as a backbone for understanding the melodic variation possible while hinged on one musical theme.

Around 2003, 17-year-old future composer and bandleader Jon Batiste left his musical family and band in Kenner, Louisiana to study piano at the Juilliard School in New York City. Wanting to develop uniquely from the New Orleans influences and styles of his upbringing, Jon searched for something he had not quite identified, he admits, knowing only that he wanted to “go out and risk failure apart from the community that knew me.” One evening at a jam, Jon heard a composition by Thelonious Monk, performed by a band in the vibe and flavour Jon knew he’d been searching for in his own playing. Full of dissonance, question-and-answer, articulation and pathos, the composition struck Jon with the realization that here was an artist who “had cultivated a sound that I was intuitively reaching for, 50 years before I existed — I didn’t even know that what I was reaching for had already been developed.” And there began the evolution of Jon’s own sound and style, with Monk at the centre as forefather.

Here are a few ideas for finding your own “sound,” whether at the piano, the easel or somewhere else inventive:

Make phrases that ask questions. Then try to answer them.

Find artists you can return to for inspiration, while developing your own contemporary tone and articulation.

Think of a place and put yourself in the story. Be authentic when conveying an emotion and vibe.

Keep nostalgia subtle, so that it can give you excitement without being overwhelming. Avoid hysterics, opting instead for what Jon calls “an intelligent excitement.”

Be conscious, then unconscious, about your reference and explorations.

Esoterica: “There’s so much there,” says Jon, when describing Bach’s sound. “Bach is the mysticism of music, the spirituality of music.” According to Jon, Bach was able to be so systematic, logical and symmetrical because of a kind of musical game he played that harboured a depth of human feeling and a range of human emotions. He believes Bach was asking questions in his music about the afterlife. “It makes you realize what’s possible,” says Jon. “He’s arguably the best at a thing that anyone’s ever been in the history of doing a thing.”

“Question, answer and all of a sudden moving, just two melodies playing, a conversation, call and response, harmony and dissonance. That’s life, that’s our journey; exemplified in a single piece that he wrote for his kids.” (Jon Batiste, describing Bach’s Two-and-Three-Part Inventions.) 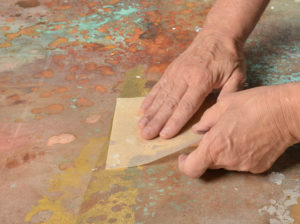