You are at:Home»Letters»How to cultivate quality
By sara genn February 12, 2021 Letters

Psychology Professor Dean Keith Simonton, an expert in genius, says that if you want to up the quality of your work, begin by making more of it. “Empirical research on hundreds, even thousands of artists and scientists,” he writes, “has established that quality is a positive but probabilistic consequence of quantity.” He cites Edison, Mozart, van Gogh and Picasso as reaching for their genius by developing it through prolificacy — 10,000 hours or 10 or so years of a daily torrent of fits and starts is a good beginning to summoning a miracle that could take hold and flourish under a now practiced, steady, prepared and comfortable pair of hands. 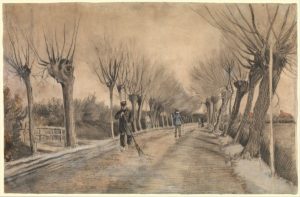 In entrepreneurial circles, essayist Herbert Lui encourages innovators, as a route to creative quality, to speed up the cycle of production and feedback. He says that not only is it the quicker path to getting better and better, but that the byproduct can be a more relaxed and less precious approach, which often leads to more inspired work. For Lui, reaching for your own genius begins with setting daily quantity quotas as a means of idea development and discovery. If this feels like a bit of pressure, consider Isaac Asimov’s nearly 500 published works, including his epic guides to the Bible and Shakespeare, his Chronology of the World, his books on the body, photosynthesis, carbon, nitrogen, the moon, the sun, robotics, science fiction, limericks, letters, magazine columns, essays and anthologies, not to mention his 500,000-word National Book Award-nominated The Intelligent Man’s Guide to Science, which he banged out in 8 months — a mere 2000 words a day, plus editing and rewrites. 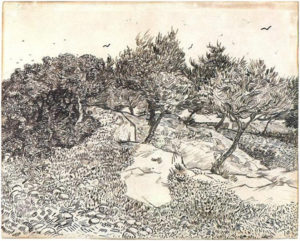 In his research on skill building, culturist Drake Baer has discovered what he calls, “try fast, fail fast, learn fast,” or the “do-it-a-bunch technique.” It seems this little system lulls the brain into going along with incremental changes that lead to mastery, something it resists if overwhelmed all at once with a big push. If you’re going for greatness, slow and low also doesn’t cut it. Progress, it seems, is in the doing, and doing consistently and quickly.

Dancers, tennis players, coders, pianists, chess players and anyone else in the beginning throws of learning a quantifiable skill will tell you that if you want to get good at something, you need to do it every day. And while it’s easy to fall into “waiting for the muse” when it comes to painting, daily doing absolutely applies to art — you’re simply not going to become a better painter, a better communicator, a better idea generator, a better technician and therefore a better artist unless you apply yourself to it every day. “Periods when a creative makes the most attempts,” says Professor Simonton, “will be when the most hits and misses appear.” 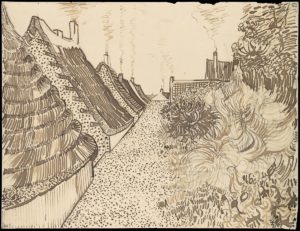 PS: “All I do is write. I do practically nothing else, except eat, sleep and talk to my wife.” (Isaac Asimov)

Esoterica: “The best way to refine your craft is to create a huge volume of work. Not to create the most perfect piece you can, but to create many pieces of work,” says Ira Glass. In painting, you can comfort yourself in the knowledge that your hits and misses explode privately in the sanctuary of your studio, and you can speed up your process to a comfortable pace and re-stretch, burn or paint over this new volume of non-genius level efforts as needed. Be in the joy and adventure of your own torrent, knowing that your best has its greatest chance of emerging within a system of outright outpouring. “To learn is to broaden, to experience more, to snatch new aspects of life for yourself,” wrote Asimov. “To refuse to learn or to be relieved at not having to learn is to commit a form of suicide; in the long run, a more meaningful type of suicide than the mere ending of physical life…Knowledge is not only power; it is happiness, and being taught is the intellectual analog of being loved.” 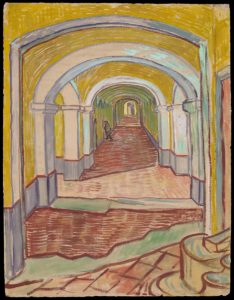 “The chances are that in the course of his lifetime, the major poet will write more bad poems than the minor.” (W.H. Auden)