You are at:Home»Letters»Art under pressure
By sara genn December 10, 2021 Letters

“Never underestimate the power of a little pressure,” my Dad would say. Professionally, it’s the antithesis of the trope of infinite hours to luxuriate in slow creative germination. Rather than asking if your output is better with or without pressure, consider it instead an integral part of the creative process. You can even manufacture it for yourself. 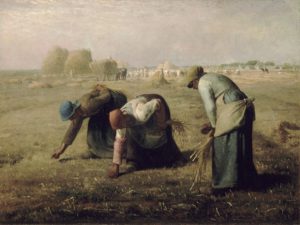 In January, 1969, Paul McCartney presented an ambitious idea to the other Beatles; to write 14 new songs in two weeks and perform them live on TV. They brainstormed venues, George briefly quit, they invited in some brilliant guest players, assembled in the basement of Apple Records and ground out some of the most inspired and innovative work of their 213-song collaboration. If you need reminding, the Beatles were together for only 8 years.

The pressure, which included the time constraint, the heartbreak of collapsing friendships, imposing drug use, the imminent break up of the band and its accompanying difficult-at-times, summoning of desire was just, for them, par for the musical-genius-in-process course. Already accustomed to a metabolism of prolificacy and improvisation, two weeks was all they needed. It was, perhaps even, like the grasping of a dusk, all that was possible. 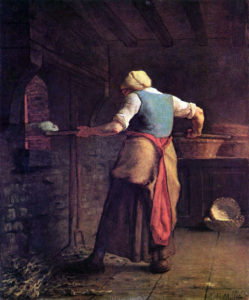 In music rehearsal, players often intuitively come to a point in practice where they stop, in anticipation of avoiding the condition of being “over-rehearsed.” Magic must be saved for the stage. In painting, I’ve become aware of a technical and energetic hill that’s climbed and then summited. In show prep, for example, the back can be broken of the lion’s share of the show, then a short period at the end allotted for deeper experimentation, the freshest work, and applying new knowledge, skills and confidence gained during all the previous paintings. “I’m really quite simple,” wrote George Harrison. “I plant flowers and watch them grow. I stay at home and watch the river flow.” 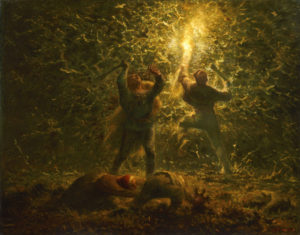 PS: “You’ve got to carry on until you get there.” (George Harrison)

Esoterica: In my minds’ eye, my Dad is glued to his depression-era secretary’s chair, nose to easel, his water bucket muddy with paint. I’m there now, too — and on a first-name basis with my own racing metabolism and built-up tolerance for an intensity of pressures; pressure to develop, pressure to grow, to perform magic, to refine, to create and deliver what I want to be exceptional. On January 30, 1969, the Beatles performed for 42 minutes on the rooftop of Apple Records, before the police broke up the show. The performance was so inspired, several cuts from its recording would end up on their final album, Let it Be, released a month after they broke up the following year. “The best bit of us — always has been and always will be –,” said Paul McCartney, “is when we’re backs-against-the-wall and we’ve been rehearsing, rehearsing, rehearsing.” It was, simply, from where they summoned their genius. “Genius,” wrote Henry Willard Austin, “that power which dazzles mortal eyes, is oft but perseverance in disguise.”

Director Peter Jackson’s three-part, nearly-eight-hour tribute to creativity, “The Beatles: Get Back,” is available to stream on Disney +.

“The man who never in his mind and thoughts travel’d to heaven is no artist.” (William Blake) 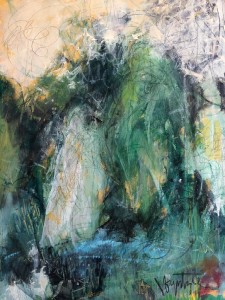