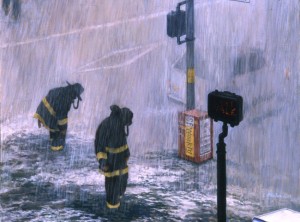 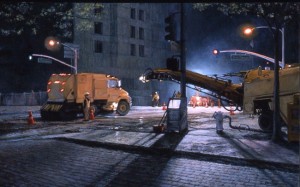 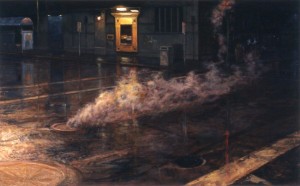 Her painting is inspired by the Old Masters, especially from their use of chiaroscuro and geometry, utilizing proportions like the Golden Section and other ratios to create dynamic and harmonious compositions.

Her work has been highlighted in the Artists Magazine, Sea History Magazine (cover and feature article), Fine Art Connoisseur Magazine, and many exhibition catalogues including Hobos to Street People: Artists’ Responses to Homelessness from the New Deal to the Present, which toured museums and educational venues around California and Colorado for over 4 years (2009-2012). She also paints non-traditional maritime works such as Death of an Oil Tanker which won Best in Show at the Coos Art Museum’s 15th Annual Maritime Exhibit. Her maritime and urban work has garnered many awards over the years.

Hanlon received her BFA in Painting from Rhode Island School of Design in 1976 and her MFA in Painting from Academy of Art University in San Francisco in 1997, where she has been on the faculty ever since. She used her MFA thesis exhibition entitled Home Street Home, as a major fundraising event, attended by the mayor of San Francisco and news media, donating almost $1500 to the Coalition on Homelessness, with whom she has worked over the years to create an annual art auction. The latest book publication which includes her urban homeless work is entitled House Keys Not Handcuffspublished by Freedom Voices in 2014. She has lived on the southern coast of Oregon since 2012 but continues to show her work in No. California and locally  Bandon and Coos Bay, OR.  Her paintings will be featured in her first solo museum show at the Coos Art Museum in 2021. Additional artwork, current exhibitions and a full resume may be seen at www.christinehanlon.com.

“I feel strongly about the artist’s role in society as witness to the state of our culture and the world. Many of my paintings have addressed social, political and environmental issues of our time such as homelessness, ecological degradation and the effects of climate change, including intense forest fire seasons.

I continue to use specific geometric ratios as the structure and invisible “armature” within which my narrative compositions exist.” 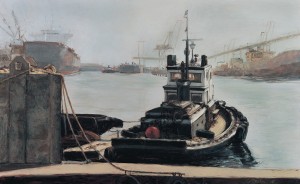 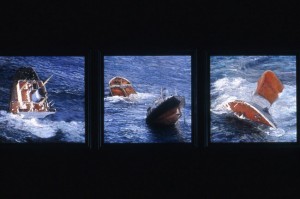 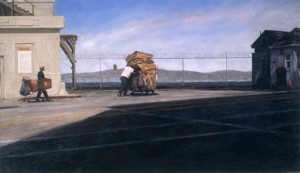