You are at:Home»Letters»Finding form
By sara genn November 9, 2021 Letters

Among the more valuable skills is the ability to render forms. To get them right painters of other times laboured over spheres, cones and blocks. While it’s not always expected in today’s art, form-finding is well worth revisiting. Here are a few thoughts:

Complex forms need to be reduced to the simple and basic. The human face, for example, is a daunting combination of many. An experienced eye can see at a glance which figurative artists have an understanding of those basic forms. Also, there’s a difference between “observed form” and “developmental form.” To get an idea of this there’s a simple exercise: Lay your hands on an ordinary rock, set it on a ground, light it and copy it. Leave out ancillary elements like moss or texture. Just stick to copying the form. Now try painting a similar rock from your imagination. There are several things you need to do here. You need to let your imaginary rock-in-progress tell you what it needs in order to be more rock-like. Half close your eyes and let your painted rock talk to you. Let your brush find the form. Think of light, shadow, plane and heft. Very often it’s this second exercise that builds the more convincing thing called “rock.” Actually, this ability to produce developmental form is one of the main characteristics of professionalism. Call it “creativity” or just “thinking on your feet” — this is the action that gives both joy and integrity to your work. As the sculptor said, “It’s simple — you just chip away everything that doesn’t look like a horse.” Trouble is, it’s not simple — for most of us it’s hard won. 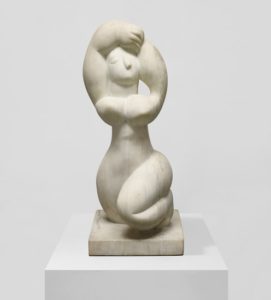 Here’s another thought: Form is an illusion. Picasso noted that “forms are more or less convincing lies.” No matter what an artist’s style or inclination, the idea is to find your own way of telling lies. I’m sorry to tell you this, but there’s truth in foolery. One way to do this is to “over-ripen” your forms. As the French cubist sculptor Henri Laurens said, “My aim is for ripeness. I want to make my forms so full, so juicy that one could add nothing more to them.” Another way is understatement. If you’re into exercises, try making convincing forms in as few strokes as possible. Paucity finds forms faster. As most everyone knows, I’ve just spent a couple of weeks with my nose up against the Russian masters. Sketches and exercises abound in the museums of Moscow. I learned that in finding form, it’s never too late for exercises.

PS: “Draw with the brush. Carve the form. Don’t be carried away with the subtleties of modeling and nice pigmentation at the expense of losing the form. (John Sloan) 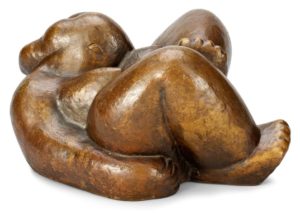 Esoterica: There’s something to be said for getting into the “feeling zone.” This is where you experience the solidity and the weight of the rock. You sort of get inside the part of the work you are working on. Rock or feather, sky or water, tree or idea-of-tree, there’s a form to be felt. “Work from the pithy eye out. Swimming in language sea. Something that you feel will find a form.” (Jack Kerouac)

This letter was originally published as “Finding form” on May 20, 2005.